The ordinary urban fabric of Vallbona is clearly defined by its connection to the orchard, a productive green space in which dynamics evoking tradition are generated. The daily life, in times of hurried traffic and relocated production, it is in danger since the orchard can become asphalt in pursuit of higher housing density and daily rhythms focused on urban life, within the operational paradigm of multiple urban decisions. In many occasions the city is materialized without taking into account the heritage, landscape and sociocultural value inherent in the orchard and natural areas such as rivers. Homes are built outside these values ​​that isolate people instead of connecting them with their environment. Hereby the dilemma: how to strengthen the urban fabric without sacrificing the productive life of the orchard?
The project presented here seeks to investigate this issue with a proactive attitude, considering alternative daily lives to those we see in urban centers and those that occur in rural areas. The community that is present around agricultural activities is exposed as an engine of change in that understanding of our lives: urban sustainability is outlined in collective dynamics, which work in an associative way generating less waste and saving resources; the new constructed fabrics have to emphasize the importance of the orchards and the work associated with it. The activities around agricultural production involve meeting spaces in the neighborhood, spaces of intrapersonal dedication and care of the environment; therefore, these communities and their architectural framework must always have the presence of the orchard as an organizational core.
The rationality of the common, of all those activities, spaces and resources that belong to societies as a whole, is based on works such as those of Garret Hardin and Elinor Ostrom, that begin to rethink the exploitation of resources and, however, reach to discuss beyond mere economic structures, becoming in turn a reason that generates dynamics among all the agents involved in society: partnerships and cooperation between people are established in order to ensure a balance of resources. Cooperation becomes the basic characteristic of this way of understanding everyday life – as opposed to neoliberal competitiveness – so that subjects, companies and states would function with values ​​that are alternative to those that are currently hegemonic. For the French authors Christian Laval and Pierre Dardot rationality would be argued under three principles:

“1) The common is a political principle that motivates the construction and protection of common spheres on which life depends.
2) The core of the common is a right of inappropriateness that must be introduced in opposition to the absolute right of property.
3) Self-government is a way of building and managing the common through social practices of communities committed to defending the commons.”

This is how the proposal defines a common space for the inhabitants of the new homes as well as a focus of attraction for the Vallbona neighborhood. A leitmotif of urban space that is repeated throughout the Master Plan and that is a claim of the common production of the orchard as a meeting and consolidation of communities, of everyday life. It also implies a link with the rest of the urban gardens in the city of Barcelona that enhances this perception of the common on a larger scale. 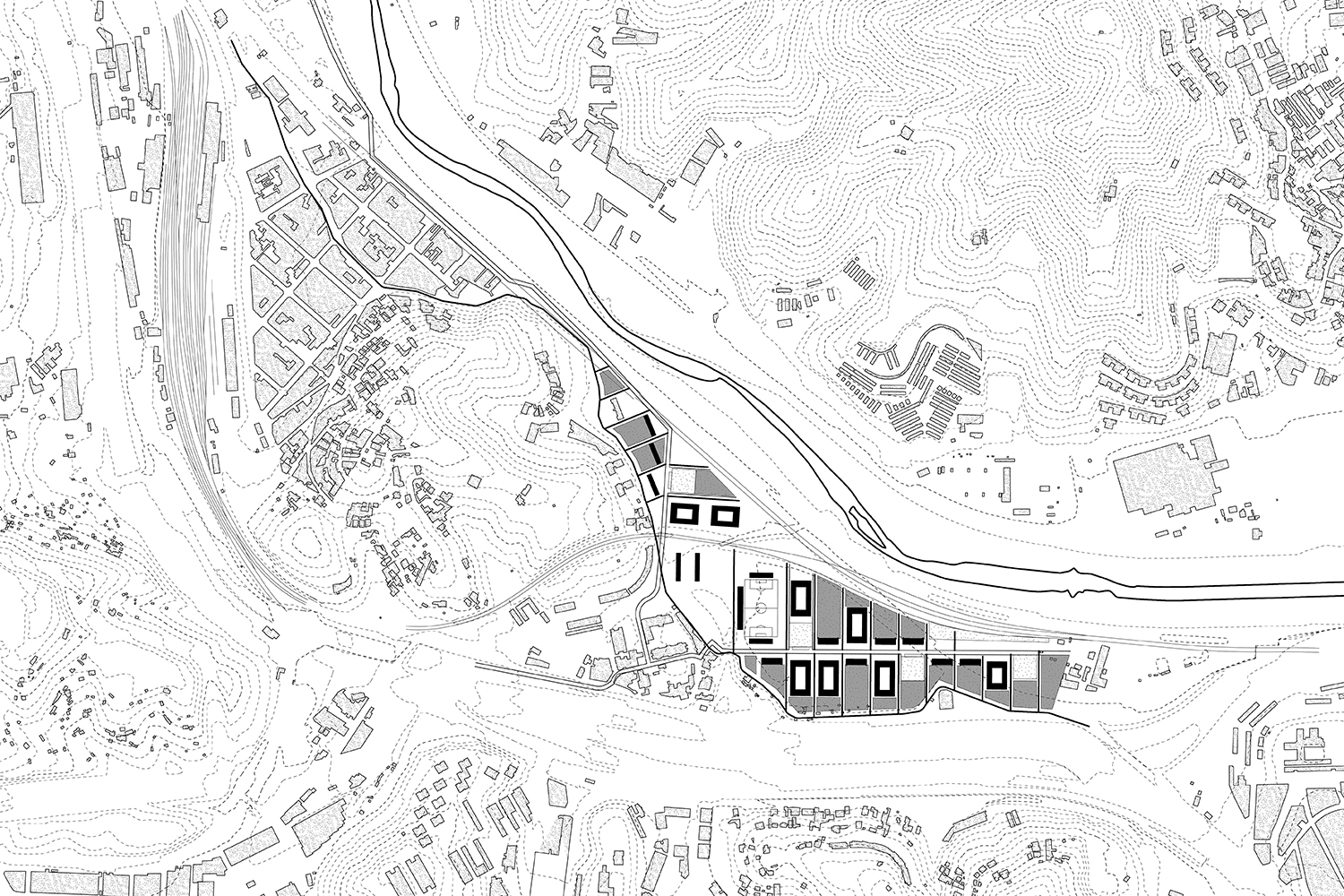 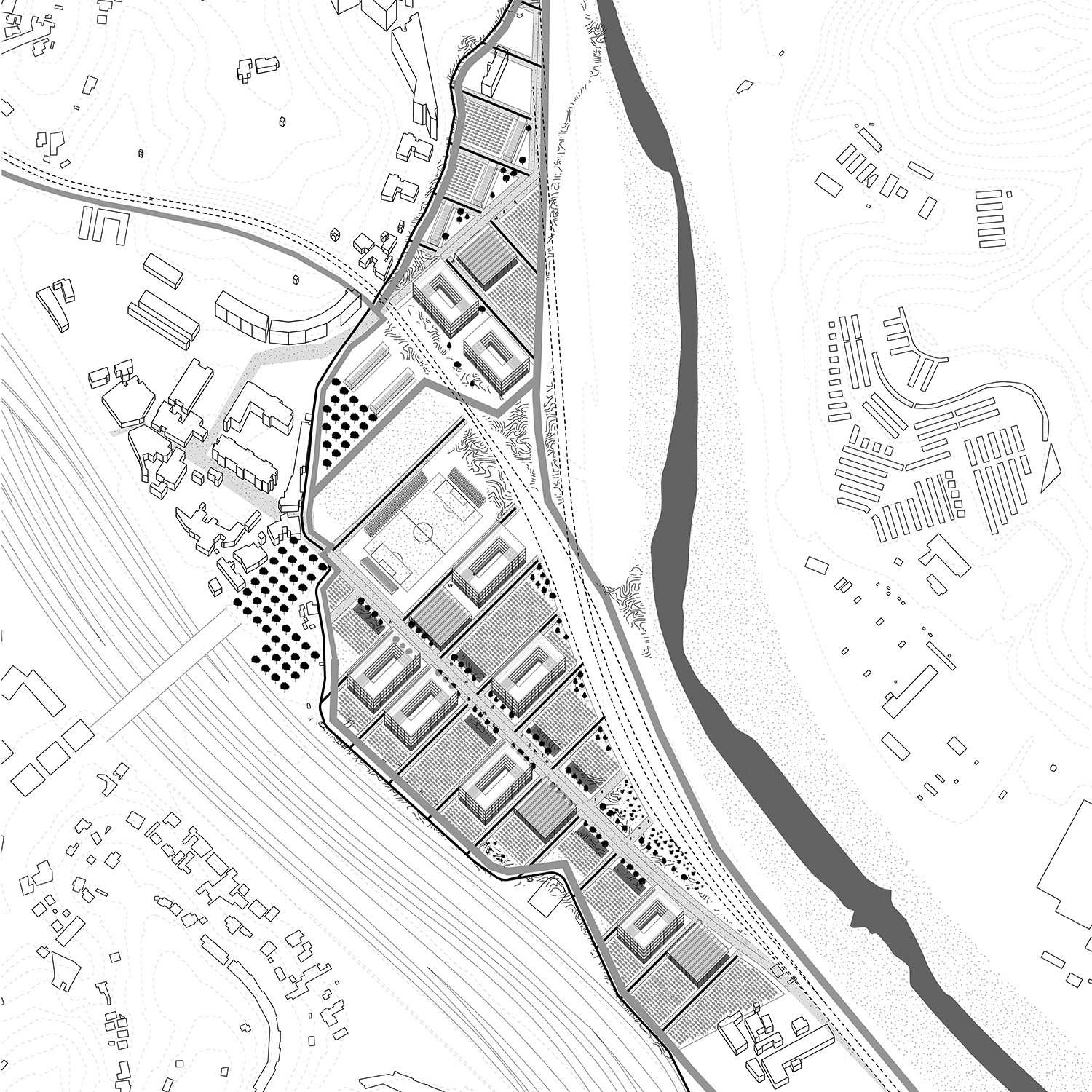 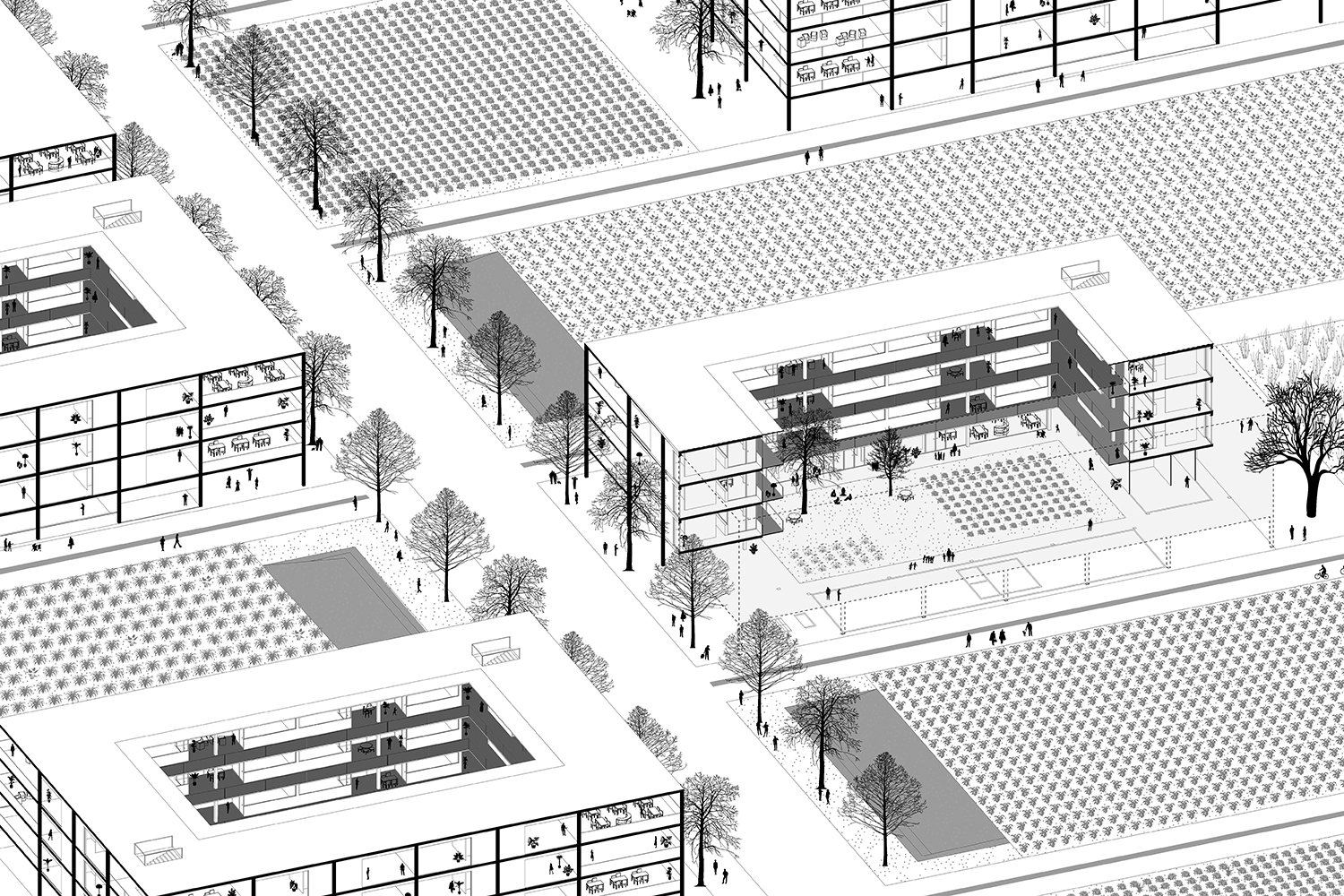